Journaling with Your Other Hand

About this Journaling Series by Eric Maisel

Inspired by Contributors to The Great Book of Journaling

This series of guest blog posts on various topics related to journaling, was created for a series called “Journaling for Men” that appears on the Good Men Project blog. It is designed to help everyone, and especially men who may be unfamiliar with journaling, learn how daily journaling can help them improve their physical, mental, and emotional well-being. It brings together ideas from two of Eric’s recent books, Redesign Your Mind, in which I describe how you can upgrade and redesign “the room that is your mind,” and our co-edited book The Great Book of Journaling, in which we gathered contributions from scores of journal experts and enthusiasts. Please enjoy this series.

We hope that you’ll begin to include journaling as part of your daily self-awareness and self-care program.

Have You Ever Tried to Journal with Your Nondominant Hand?

Lucia Capacchione has been championing “the power of our other hand”—that is, our nondominant hand—for a long time. In her chapter contribution for The Great Book of Journaling, she applies that concept to journaling. Lucia explained:

In 1973, after several years of crisis, I came down with a mysterious illness that doctors were unable to diagnose. I was getting sicker by the day.  The doctor’s hit-and-miss medication approach led to a long list of side effects. Bed-bound in a pre-internet era, with no TV in my room, I read many books to keep boredom at bay, including Anais Nin’s Diary. It was a stressful time of endless days and sleepless nights, full of changing symptoms, extreme fatigue, anxiety, and uncertainty.

As a professional artist, my go-to was my sketchbook where I combined inspirational quotes from famous people with my own images. This was always a place of creative exploration and expression. As I was journaling in my sick bed, I began to write out my own words. Feelings, observations, reflections, and dreams spontaneously poured out onto the page. This was not my normal use of my sketchpads; it just happened. Soon drawings to illustrate the words flowed out. The images looked strange and unfamiliar.  They were unlike anything I had ever created as an artist and were definitely not “Art.”  They made no sense to me and were reminiscent of artwork by the mentally ill I’d seen on an art department field trip in college. I thought I was losing my mind.

I kept journaling because there was nothing else to do. I realized that every time I did it, I felt a little better. One of my friends pointed out to me that my style of journaling was like art therapy. Another friend recommended her therapist, Ms. Bond Wright, a highly creative practitioner of Bodymind healing, Gestalt Therapy, and Transactional Analysis. When I felt strong enough I pursued therapy with her, which led to my next big breakthrough. Ms. Wright had me print with a big kindergarten crayon on large newsprint pads using my nondominant hand (the one I do not normally write with). The goal was to experience the inner child state directly through printing with the unschooled hand. It was slow and awkward and I felt like a four-year-old. It was magic! This process freed up my feelings, energy, creativity and inner wisdom in a way I’d never experienced.

Someone else speaks up.

One day while journaling at home, my left hand inadvertently grabbed the pen and quickly drew a stick figure of a little girl. The drawing looked like it had been created by a four-year-old. Then the little girl in the drawing spoke. She printed out her feelings in bold block letters. What followed was a powerful written dialogue between both hands. The voice of my assertive inner child flowed through my nondominant hand. In contrast, my dominant hand spoke for my negative inner critic who immediately put the child down.

A confrontation ensued: the critic lost to the inner child. This was followed by a paragraph of introspective writing, done with my dominant hand, containing deep insight into the meaning of my illness. It was a rebirth. More importantly, I realized I had just discovered the cause (self-judgment) and the cure (creative inner child) for creative blocks. I had let my rational, linear left brain know what my emotional and creative right brain was feeling. Within six months of starting to journal I had my health back. My exploration continued with two-handed drawing in which I scribbled with both hands at the same time. This was always relaxing and brought about a sense of calm and well-being.

Isn’t this worth trying? Doesn’t it sound almost magical? Try journaling with your nondominant hand and see what happens!

“Then the little girl in the drawing spoke. She printed out her feelings in bold block letters. What followed was a powerful written dialogue between both hands. The voice of my assertive inner child flowed through my nondominant hand. In contrast, my dominant hand spoke for my negative inner critic who immediately put the child down.”

Get your copy of The Great Book of Journaling: How Journal Writing Can Support a Life of Wellness, Creativity, Meaning and Purpose

Discover many different journaling techniques, prompts, and activities that can support you to enrich your life and health with journaling.

Buy now and be inspired to journal!

Buy on Amazon
Buy from Chapters Indigo
Buy from Mango.bz 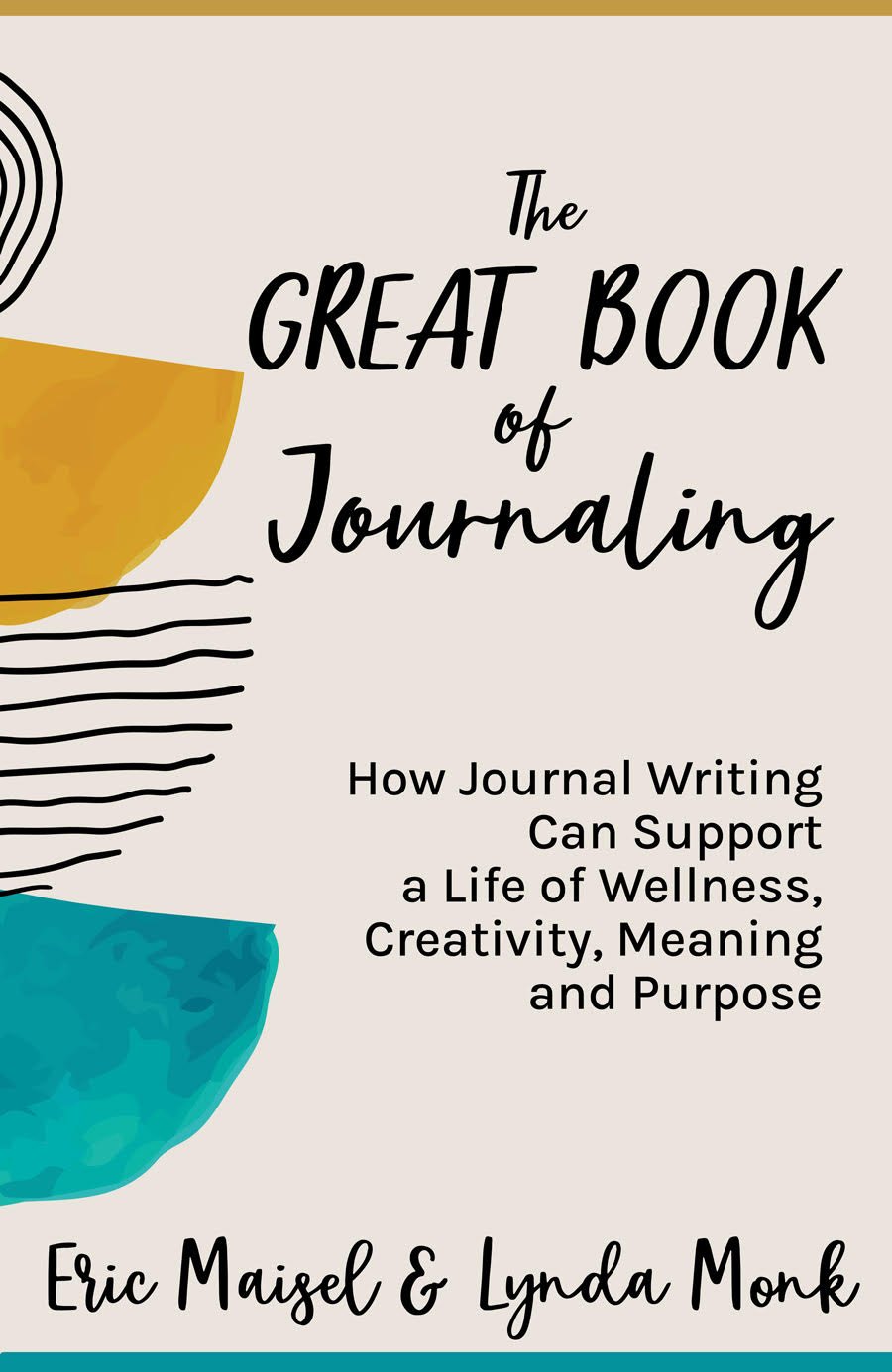 About the Author: Eric Maisel

Eric Maisel is the author of 50+ books. He is a retired family therapist, active creativity coach, lead editor for the Ethics International Press Critical Psychology and Critical Psychiatry series, and featured blogger for Psychology Today, where his “Rethinking Mental Health” blog has received 3,000,000+ views.

You can learn more about Eric Maisel on his website.>>>

This blog article is inspired and informed by Lucia Capacchione’s chapter entitled The Creative Journal in The Great Book of Journaling. Lucia Capacchione, PhD, A.T.R., R.E.A.T., is an art therapist and bestselling author of twenty-three books, including The Creative Journal, The Power of Your Other Hand, and Recovery of Your Inner Child. She was an early pioneer in journal therapy, inner child work, and expressive arts therapy in the 1970s. She has originated unique approaches to well-being and creativity. Her Creative Journal Expressive Arts (CJEA) method is used internationally in mental health care, addiction treatment, body-mind healing, education, life and career coaching, creativity, spiritual guidance, education, and more. She is the director of the CJEA professional certification training program for counselors, teachers, and coaches. She lives in Cambria, California.