How to Find Inspiration for Life and Journaling in Flying Flags

I have been thinking about the power of flags recently and the subtle difference between flying a flag and waving a flag. I have been flying a lot of different flags lately and waving none. We all know the power of the image of our own national flag. The flag ceremony at the Olympics when one flag bearer has been chosen to carry their nation’s flag, inevitably gets me a little teary-eyed. I think of the many great Canadian athletes over the years who have tattooed our flag into their flesh, and others of us not quite so athletic.

For thousands of years ships have communicated with each other by flag signaling, such as semaphore or flaghoist, used by navies around the world. To this day the boats sailing by in Fulford Harbour, in front of our island home, fly flags on their stern and in their rigging. This is also true of the naval ships and Coast Guard vessels that pass by beyond Russell Island, which is part of the Gulf Islands National Park.

Years ago, I would raise a Bob Marley flag, a gift that my mother and stepfather bought in Jamaica, at my kayak shack on the wharf. We fly the rainbow flag during Pride week on the island which has one of the most fabulous Pride parades of any small town anywhere in the world. We fly the earth flag multiple times a year as a form of gratitude. On the 4th of July, we flew Old Glory as a tribute to our friends and family south of the 49th parallel. Around the time of the hockey playoffs of course, I fly the Canuck’s flag for as long as hope remains.

Presently we are flying the smiley face flag which I think during these times, requires little explanation!

With the help of the journaling prompts below, may these thoughts on flags offer you inspiration for your day and for your writing. 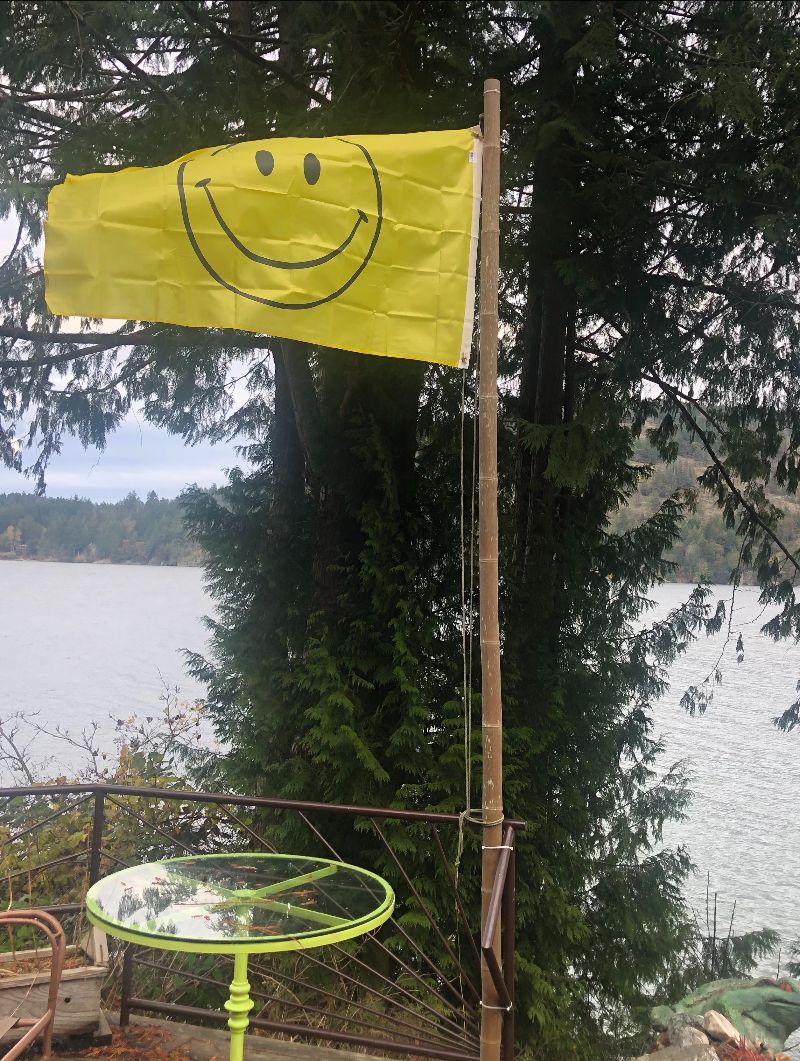 Guest Author:  Peter Allan is a contributing writer to the IAJW, Lynda’s (Director of IAJW) husband, a loving father to teen boys, an entrepreneur and an artist.  You can view his work at http://noblesculpturestudio.com